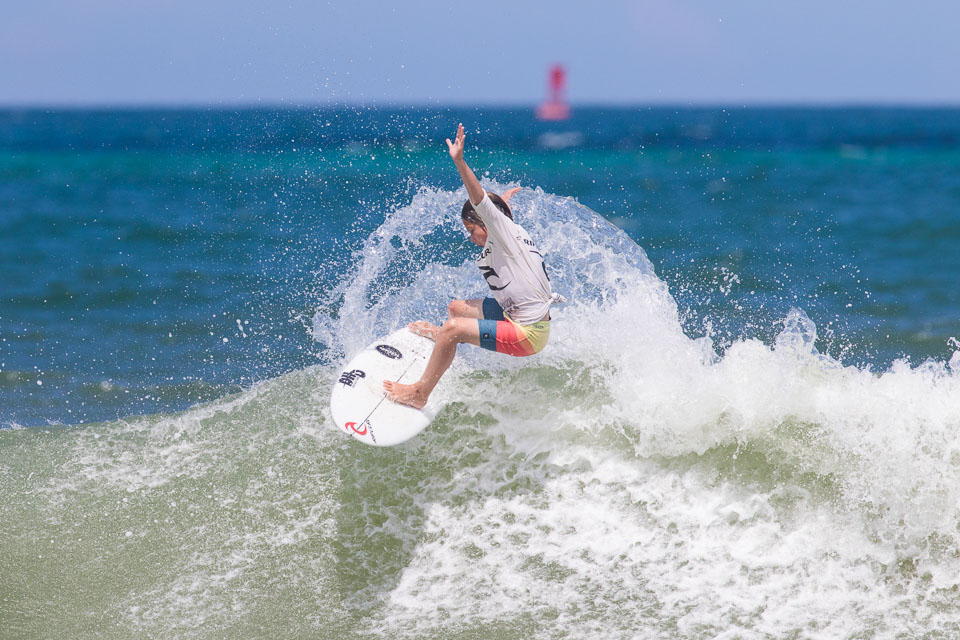 We’re headed to the East Coast for the third stop of the Rip Curl GromSearch series presented by Banzai Bowls.
American’s highest caliber of junior surfers will come in full force to do battle at the classic lineup of New Smyrna Inlet, Florida.

We are facing challenging conditions, but the GromSearch has been called ON for Saturday, August 11th. Surfline forecasts show minimal surf in the 1foot range, however on a positive note we will have encouraging morning tides with off-shore wind, which should allow for contestable conditions. Although we might not see the hottest action due to small surf, the weather will still be scorching into the 90’s with a chance of scattered thunderstorms in the afternoon.

This event’s top four finishers, from each division, will be awarded an invitation to compete in the Rip Curl GromSearch National Final set to be held at C-Street in Ventura, CA November 17th-18th. The 16/U Boys and Girls National Champion will win an all-expense paid trip to compete in the RCGS International Final – location to be determined (although exciting rumors are beginning to circulate).

For event registration, info, and updates, head to www.ripcurl.com/gromsearch. Stay tuned to Surfline.com for all post-event coverage; highlight videos, photos and more. Follow along with our Instagram story to catch the action live @ripcurl_usa.

About the GromSearch:
Since Rip Curl developed the concept for the GromSearch events in 1999, the series has spread throughout the surfing world and now culminates with an International final held at a different location each year. The worldwide series is held for male and female surfers aged 16 years and under, commonly referred to as “groms”, with the aim of the GromSearch to nurture and recruit the next generation of surfers at a grassroots level.