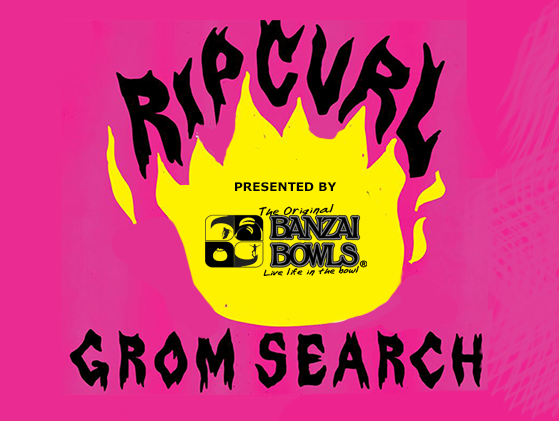 The East Coast GromSearch tour continues on as the fourth and final stop of the 2018 series presented by Banzai Bowls is set to run at Jennette’s Pier, Nags Head, North Carolina this Thursday, August 16th. The Surfline forecast is showing a small SE swell providing rideable surf for the northern Outer Banks. Conditions look most favorable in the morning with light offshore winds and the low-incoming tide. Winds bend light S in the afternoon, with mostly sunny skies for the day with a high of 92°F.

This is the last chance for GromSearch competitors as they hunt for the final remaining GromSearch National Final invitations. The four finalists from each division; 16/U boys, 16/U girls, 14/U boys, and 12/U boys, will all be invited to compete in the National Final, set to be held in California this fall at C-St., Ventura November 17-18. The National Champion of Boys and Girls 16/U will then be awarded an all-expense paid trip to compete in the International Final, which is going on The Search to an undisclosed location in the spring of 2019.

Keep an eye on Ripcurl.com/gromsearch for all event updates, as well as Surfline.com for post-event coverage.

About the GromSearch:
Since Rip Curl developed the concept for the GromSearch events in 1999, the series has spread throughout the surfing world and now culminates with an International final held at a different location each year. The worldwide series is held for male and female surfers aged 16 years and under, commonly referred to as “groms”, with the aim of the GromSearch to nurture and recruit the next generation of surfers at a grassroots level.